What links Homer, Shelley, Coleridge and Keats,  and also Shakespeare and Chaucer and T.S. Eliot? It would have to be something pretty special, wouldn’t it, to inspire many of the greatest writers in history?

It is something special. I know, because after four years of trying, I have finally both heard it, and seen it.

I’m standing on a grassy track that weaves through a dense, scrubby woodland, home to coppiced willow and hazel, laced through with bramble and other plant I haven’t the skill to identify. Because it’s still (but only just) April, the leaf cover on the trees isn’t full, and bare stems can be glimpsed through the gaps of the canopy. In just a week or two, what I’m here to see won’t be visible at all.

It’s a warm and breezy day, with scudding clouds. I can hear the endless rumble of traffic from a nearby road. And then, from a stand of scrubby willow, a sound erupts. At first I think it’s a wren. Then a thrush. But then it sounds like nothing else I’ve ever heard. A series of deep, fluting notes, like the reversing horn of a lorry. A series of ‘chew,chew, chew’ like a computer game, a rapid machine-gun burr. A slowly rising series of notes like the ones my car makes when I’m  reversing towards a wall. It feels like there are a dozen birds in there, but there is only one, and it is improbably small for the volume of sound. It’s a nightingale.

I’m no sound recordist, but there is a sound clip below, captured on my phone from perhaps thirty feet away. The song is distant, soif you want to reproduce it the way it was experienced, crank the volume up to maximum, because this bird is loud. The only other bird I can compare it to is a Cettis’ warbler, another small bird that you hardly ever see, readily identified without ever seeing it simply nothing else sings so ear-splittingly loudly. You could hear a Cetti’s a Status Quo concert and the nightingale is not far behind. Close your eyes, let the sun warm the back of your neck, let the song of the nightingale wash over you, and all you need is a cold beer to imagine that you are on a tropical island.

When you open your eyes again, it is disconcerting just how hard a nightingale is to see. I had the frequent impression that I was going mad, because the sound was coming from right there… oh, no, hang on, it’s actually from up there, except that it’s down here, except… You would swear that you were almost standing on the bird, but you couldn’t get a glimpse of it. Is the nightingale like the Cetti’s, which sings and then immediately flies to a different spot, so that wherever a potential predator hears it, is where it isn’t? No. Is it like an oystercatcher, which has special resonant cavities in its skull designed to create a misleading leading in its song, so that it can literally throw its’ voice? No. I suspect the answer is that your brain simply can’t understand that such a loud and varied song can come from a bird that looks a little like a skinny brown robin, a bird quite capable of blending into the upright of a coppiced stem the size of your two thumbs pressed together.

And so here it is, the unassuming, almost unnoticed little brown bird and grey bird whose name has resonated down the centuries. For the nightingale, although often associated with loss and grief, has sung to us from the pages of Homer’s Iliad, from Milton’s Paradise Lost, Shelley’s The Woodman and the Nightingale, T. S. Eliot’s Sweeney among the Nightingales, and many others; and of course from Act 3 Scene 5 of Shakespeare’s Romeo and Juliet, where the eponymous lovers cannot decide whether the bird they are listening to is a nightingale or a lark:

I mean come on! I know they are desperately in love with each other, but I’ve heard both lark and nightingale, and they are nothing like each other. One thing is for sure: Shakespeare, who also confused the  male and female tawny owl calls in  Love’s Labour’s Lost may have been the greatest writer who ever lived, but he surely didn’t know his birds. 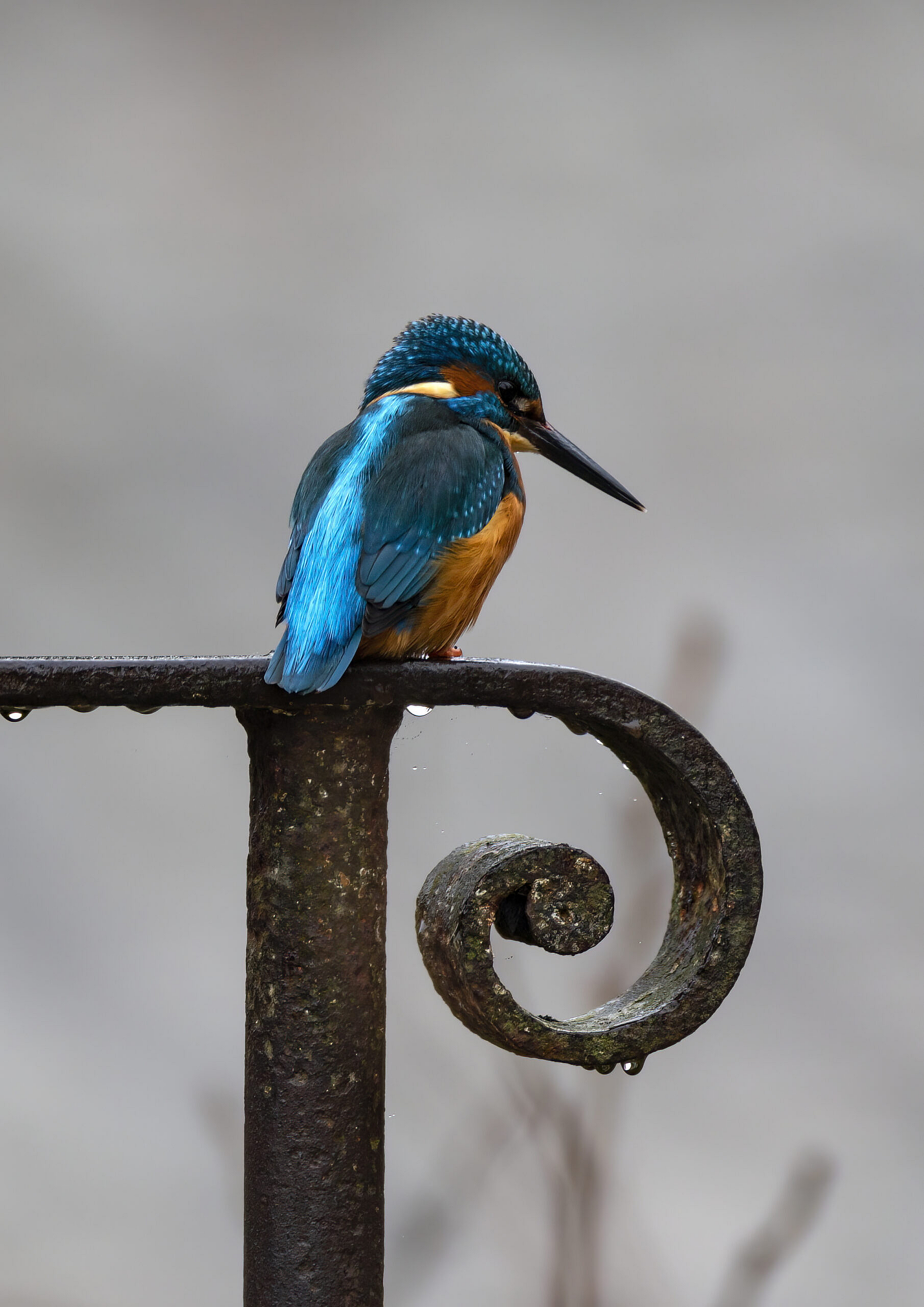