When I started my long, slow love affair with the natural word, it was all about seeing and photographing living things that are easily accessible – things like great spotted woodpeckers, buzzards and bank voles. Over time, I developed good fieldcraft skills, and as I’ve done so I’ve gradually discovered species that are more challenging to see, getting up close and personal with kingfishers and hares, badgers and owls. But becoming more proficient creates its own problem. Once you have seen the easy-to-see species, the ones that are left are, by definition, not so easy. The job just gets harder and harder.

Largely as a result of habitat needs, but all too often as a result of being wiped out in all but a few locations, our wildlife is not spread evenly around the country. You can’t see an animal that doesn’t live where you do without travelling, and so, like many before me, I’ve gradually started clocking up the miles, ranging the length and breadth of the country to try and see rare or unusual species. One of the families[1] of creatures that I like are the Odonata, the dragonflies and damselflies. These winged marvels date from 300 million years ago, long before the dinosaurs, and those millions of years of evolution were certainly not wasted. If your body plan doesn’t alter significantly in 300 million years of endless kill-or-be-killed competition, then you know that it’s a pretty good design. Able to lift off vertically and hover, Odonata can also fly backwards, forwards, sideways and even upside-down, something even the most advanced modern aircraft still struggle to replicate. Their compound eyes, each with thousands of hexagonal light receptors, wrap around the sides of their heads, allowing them to see in front of them, above them, and behind them at the same time. These brilliantly coloured eyes are part of a target tracking system the envy of a guided missile destroyer, which allows them to pick out a single gnat in a cloud of them and snatch it unerringly out of the sky before eating it with some of the first teeth seen in nature. They succeed in catching prey in 95% of their hunts, which means that they are actually the world’s deadliest animal – compare this to a hunting success rate of just 25% in lions or 5% in tigers.  Even the great white shark, another ancestral species who has spent millions of years getting it right, only manages to make a kill in 50% of its hunts.

The problem for the damselfly-spotter is that many of our damselflies can look very similar indeed.  Identifying what you’re looking at takes experience, practice, the help of experts and a very good guidebook or two (I have about five). Colour plays a large part, but unfortunately many Odonata change colour – the blue-tailed damselfly, for example, starts off life as pale lemony colour, and matures quickly into a medium blue colour (for the males) or pale blue, orange, purple, pink or green for the females. So to definitively identify some damselflies, you need to start looking at small (and I do mean small – these are not big insects) details. There are the colour spots towards the ends of the wings called “Pterostigmata” (literally “wing marks”) whose colour and shape can help separate, say, a common emerald damselfly from a southern emerald. Then there is the patterning on some of the segments, where a “U” shape may mean a variable damselfly while a cup shape may point to an azure damselfly. And then there are… anal appendages.

[1] Just so nobody shouts at me – biologists class Odonata as an ‘order’, which is strictly speaking a branch of the tree of life above ‘family’. 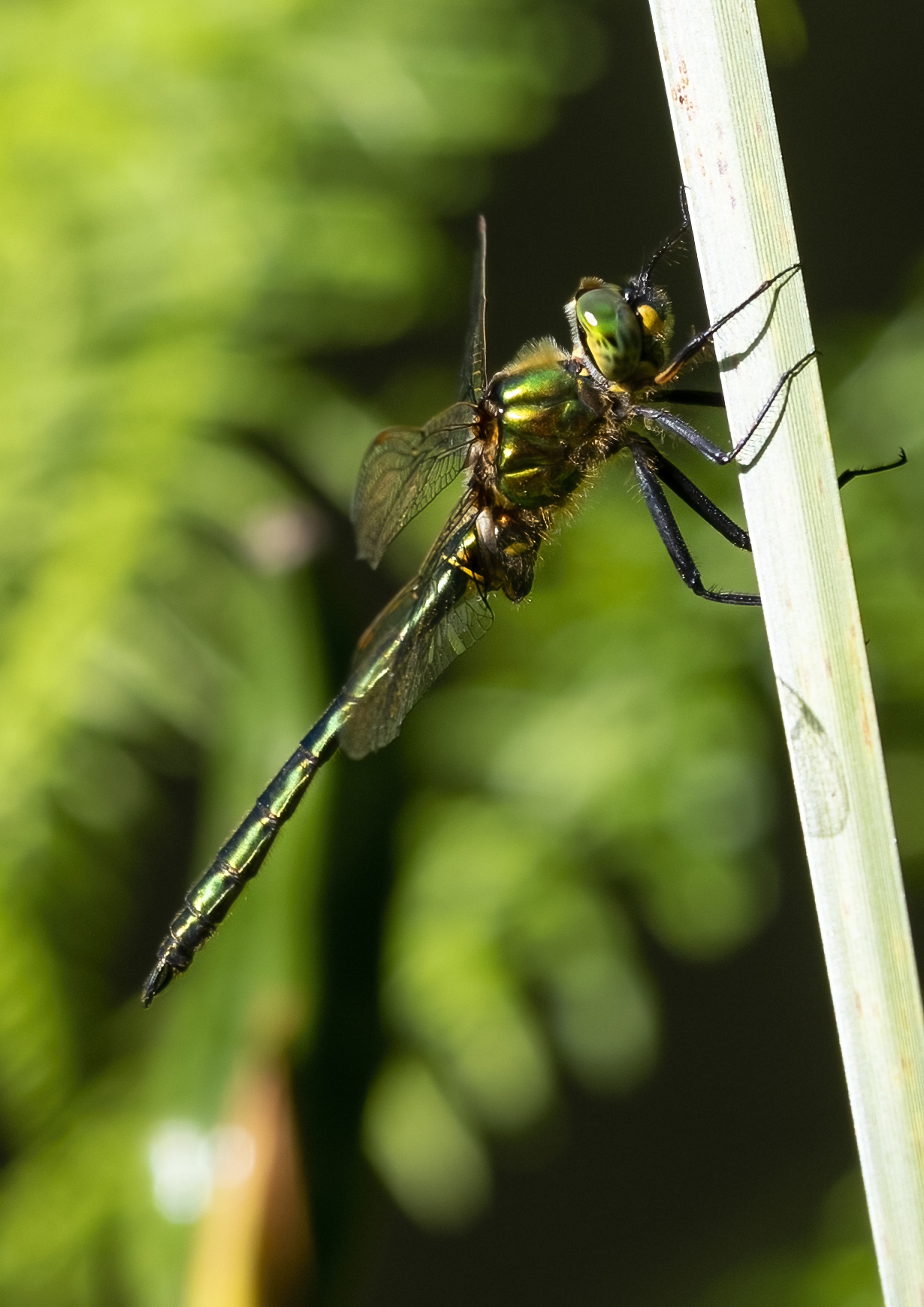 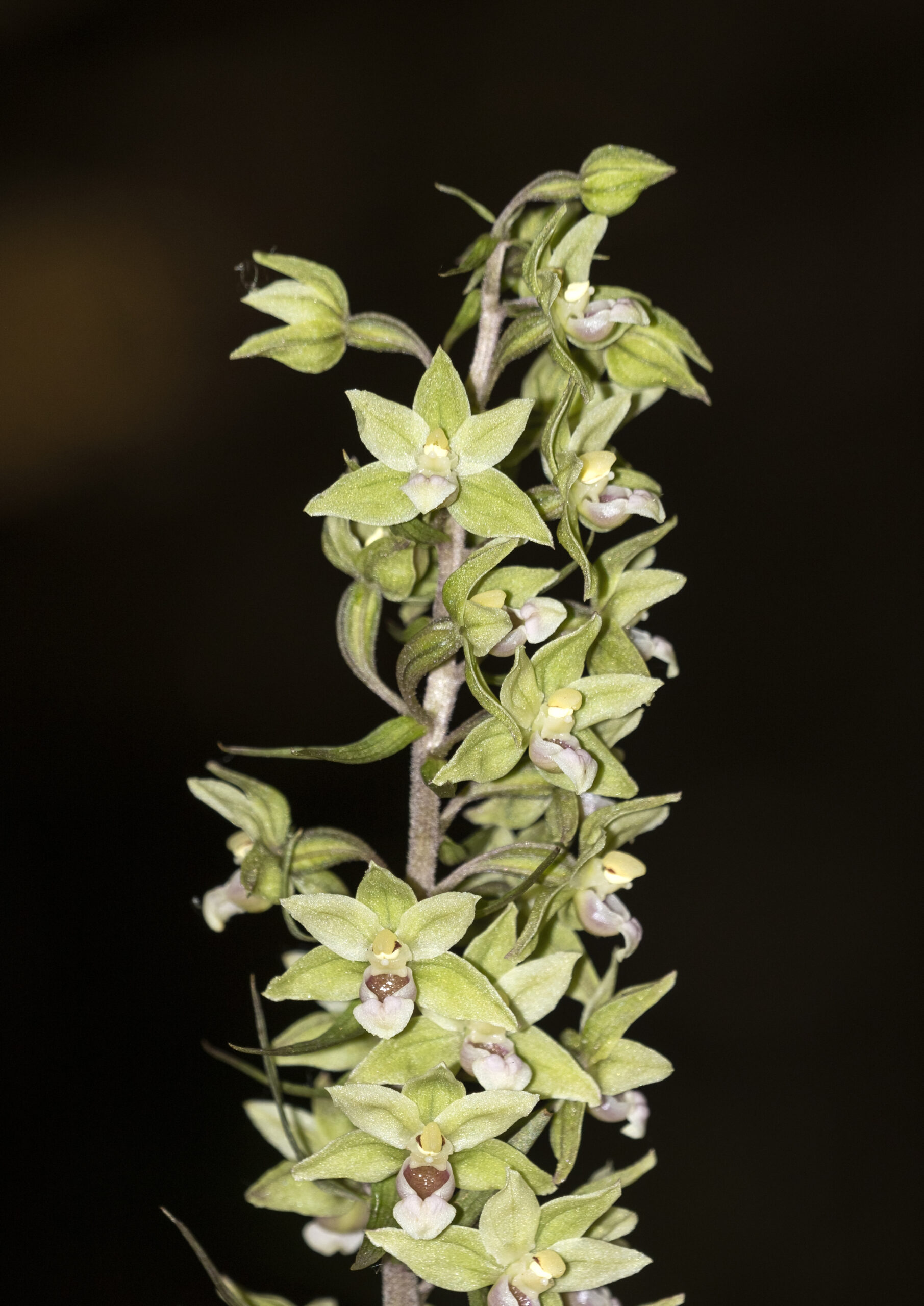