In 1962, Rachel Carson wrote her classic book ‘Silent Spring’. In it, she described the impact of the pesticide DDT, which was killing wildlife throughout the food chain, but especially silencing the birds whose song she heard every spring. The book caused enough shock that DDT was eventually banned almost everywhere.

But Rachel lived in more innocent times. Since the 1960’s, things that were once unthinkable are now routine, and every time we think nothing could get worse, we are proven wrong. we’ve become inoculated against shock.

A couple of weeks ago I completed a personal ambition, to see and photograph every British butterfly. Many others have done it before me, and Covid turned what should have been a 2-year project into a five-year one, but it’s still a satisfying milestone to meet. In fact, I did a double, because I also finished photographing every British dragonfly and damselfly on the same trip. Again, others have done it, although not so many have done both.

But while the journey brought elation, it also brought sadness. Because many of the species I have seen are under serious threat of extinction in Britain. Indeed, had I started my quest now, rather than five years ago, then there would be a serious risk that I would never complete it. Half – yes, half – of all Britain’s butterfly species are at risk. Some are not so much at risk as ‘on the brink’. So take a close look at this picture. It’s my collection of images of Britain’s 61 butterfly species. 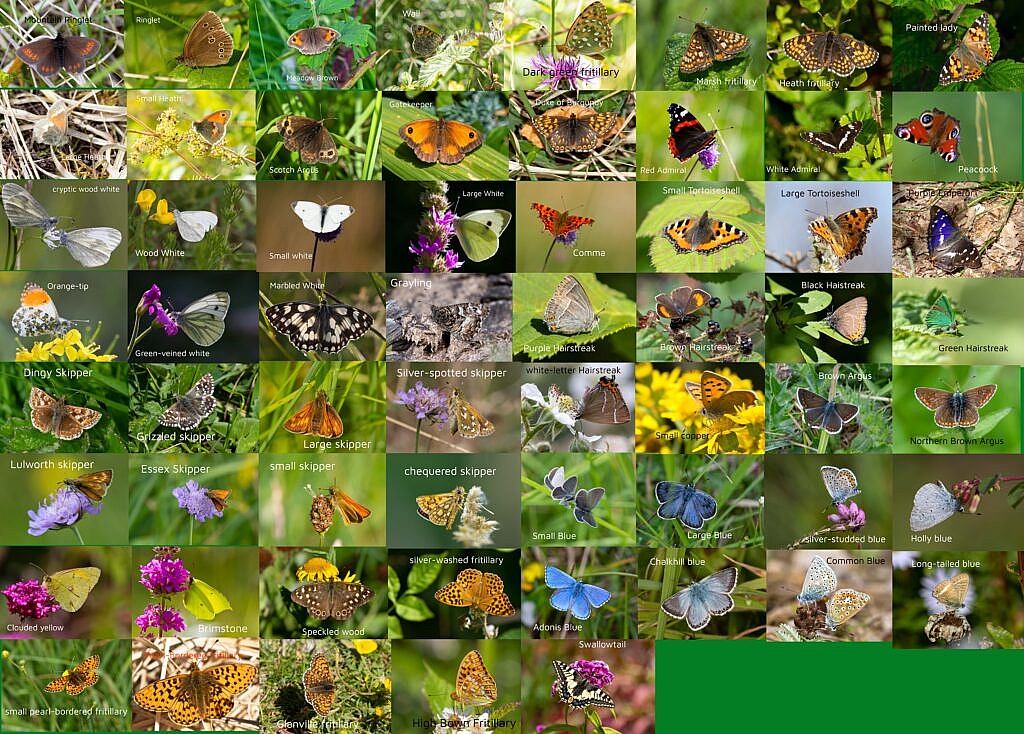 And now imagine just how dull, how monochrome and uninspiring our country will be when half of these are gone. Biodiversity is not just about maintaining a variety of life, it’s about maintaining the colour and joy in our world. And if we are not very careful, not only will our springs be silent, our summers will be colourless as well.

This week sees the start of Butterfly Conservation’s “big butterfly count”. It’s never been more important to help record the state of Britain’s butterflies, so that we know what to do to try and protect them. It’s 15 minutes of your time, just watching butterflies. What’s not to like?

1 comments On Not just a silent spring, but a colourless summer