1961 was an auspicious year. The Beatles first sang at the Cavern club. Suicide was decriminalised. I was born. And a small bird was recorded in Britain for the first time, having slowly found its way over from the continent. 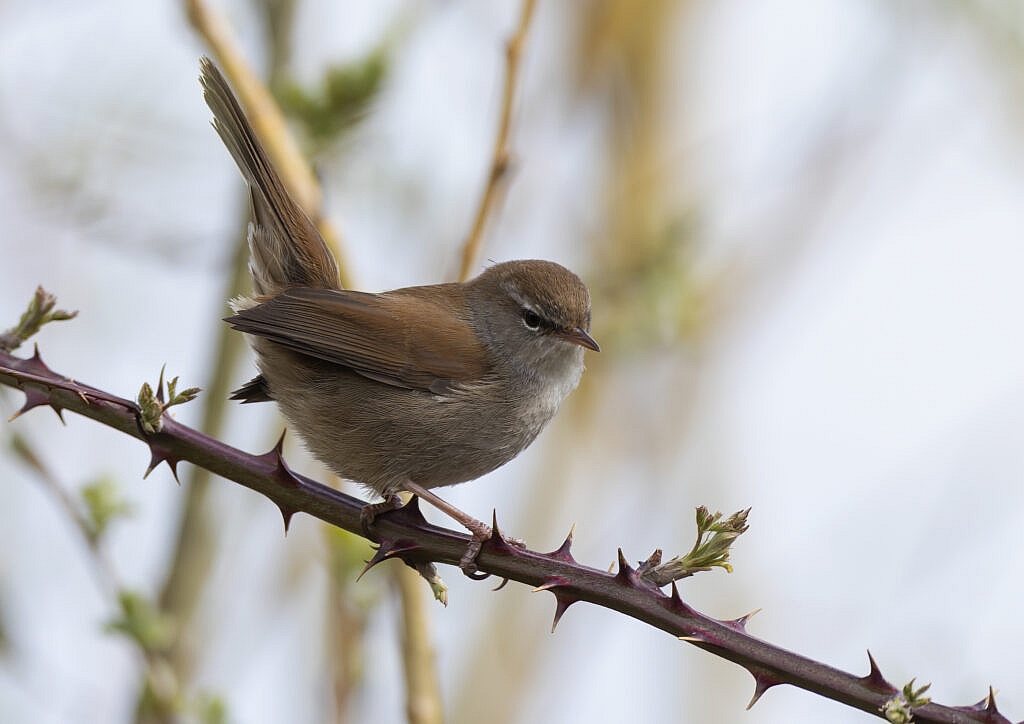 The Cetti’s warbler was named after 18th Jesuit Francesco Cetti who, it has to be said, bore a faint resemblance to the bird named after him, although that wasn’t why the bird was named after him: he was simply one of the first to realise it existed. And that’s a little surprising, because Cetti’s warblers are easy to find. They are little bigger than a wren but possessed of a huge voice, so loud that it seems it cannot possibly come from such  small bird. It is like hearing Pavarotti’s soaring tenor coming from a teddy bear.

But when I said that Cetti’s are easy to find, I was being a bit sneaky. Easy to find, yes. Easy to see, no. In fact they have a reputation as one of Britain’s most elusive birds. They are fond of the dark spaces inside bushes, and they are in te habit of singing loudly and then immediately flying somewhere else. Wherever you hear  a Cetti’s voice coming from, by the  time you have turned your head to look, the bird is somewhere else. I once spent three hours in the gap between two hedgerows as a Cetti’s sang behind me, and then, as I was turning to try and see it, snuck across the path to be on the opposite side, or along the hedgerow to be behind me again. It seemed to delight in having me turn in slow circles, like an indecisive weathervane. I never did get a clear sight of it.

But today was different. So different. Because today I found a  Cetti’s which didn’t care. Perhaps some echo of the Beatle’s performing spirit had infused it, because this Cetti’s was not just visible, it sat on the end of branches in full view of a busy path. And twice, it even sang there. Clearly, it was an ignorant bird because it hadn’t’ read any of the books that told it how Cetti’s are supposed to be behave. And so, having got two poor pictures of Cetti’s in three years of looking, today I got over 200 pictures without really trying. So relaxed as this bird that six times it flew past me, once so close that I felt the gossamer touch of the breath of its passing on my cheek.

So here’s to a bird that finally shared my life for a while. And to 1961, truly a vintage year.